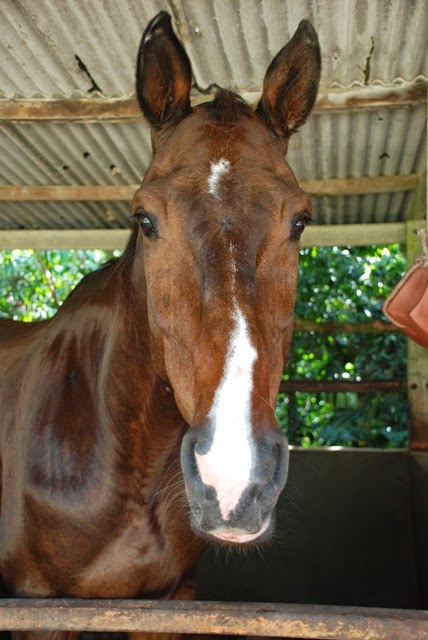 Cinzano is measure 16 hands  and is the tallest horse at Noah’s Ark.  He was a a-showjumping horse and was one of the horses who competed in the Singapore Youth Olympic Games (YOG) in August 2010.  After the games ended, the YOG horses were distributed to the various riding schools in Singapore.

Cinzano had to be retired from his work because of a cracked hoof on his front left leg, the impact from jumping had caused his hoof to crack ever so often.  He retired officially in March 2013.
For the love of horses, Raymund took Cinzano in because he was confident that he could heal his hooves.  Within a couple of months staying at Noah’s Ark and showered with treatment and constant care, his hooves healed very nicely.  Cinzano has been with us for a year – and there is no sign of any cracked hooves to be seen now.

Cinzano is now enjoying the freedom on our durian plantation together with his girlfriend Prisma who is also a retired showjumping horse.

Noah's Ark Animal Sponsorship
To sponsor Cinzano's stay at Noah's Ark it costs S$100/RM$250 a month.  Your sponsorship will go towards food and medical expenses to upkeep his stay at the sanctuary.

Click their pictures to meet our other horse residents at Noah's Ark. 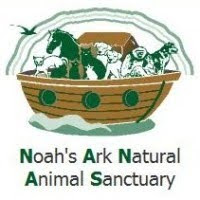 “The passionate mission of Noah's Ark is to help bring about a time when there are less homeless animals on our streets. Thousands of cats and dogs are being destroyed every year. We can't be hiding behind the word 'Mercy Killing'. No shelter is big enough to accommodate all of them in a humane way.
We can't warehouse them either. They are sentient beings not items. We need an emotional commitment to a vision and to the people who can be involved in the realization of that dream. The real secret of success is 'Enthusiasm'. - Raymund Wee, Founder of Noah's Ark

If you have any clarifications, please email to nanasmalaysia@gmail.com 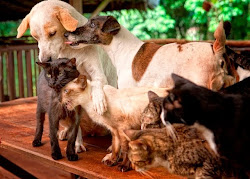 Click pic to view video about the work of Noah's Ark. 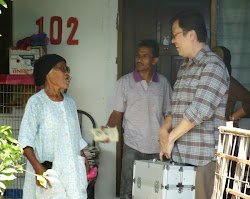 A documentary about Raymund's passion for the animals. Click pic to view video.

The Street is Not Their Home 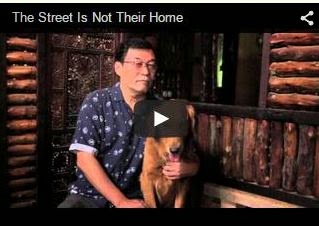 To support our work for the sanctuary and our spay & neuter programmes, details as follows:

To contribute in Singapore Dollars

Email: nanasmalaysia@gmail.com (Malaysia)
nanasspore@gmail.com (Singapore)
Visitors who walk in without an appointment will not be entertained due to the number of free roaming dogs and horses. 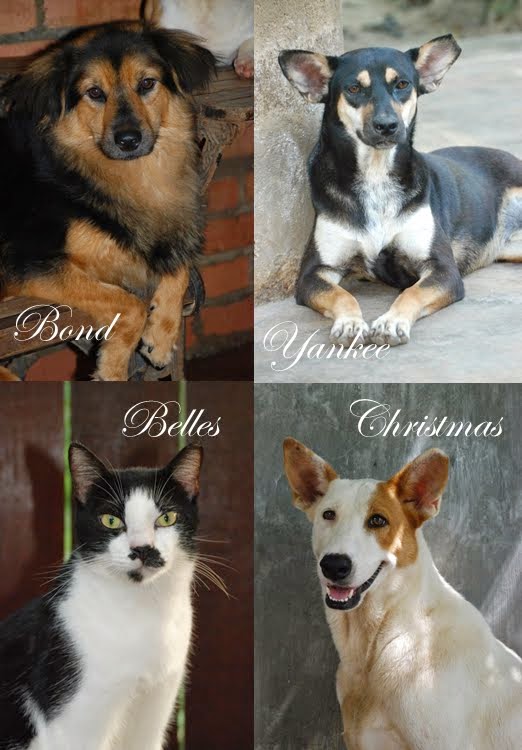